16 / Slavkov u Brna or Austerlitz?

The Slavkov history goes far back to distant past as proved by one ot the oldest municipal coat-of-arms in the Czech Republic of the year 1416. It was not earlier, however than after the Battle of the Three Emperors that Slavkov went world-famous. The truth is that its name “Slavkov“ has been used only within the Czech environment. Foreigners are more familiar with its name “Austerlitz,“ though its German origin is doubtful. The word “Austerlitz“ is of Czech origin and it is a corruption of the name “Novosedlice“ - a settlement that used to be located in the place of contemporary Slavkov. Old amanuenses attempted to re-write its German version as “Nouzedeliz, Nausedlitz, Neusserlic, Nausterlitz“ and, finally, it was the word “Austerlitz“ that remained. The origin of the word has been explained by the outstanding Czech historian, politician and writer František Palacký. 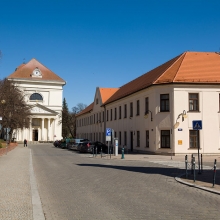 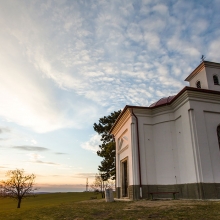 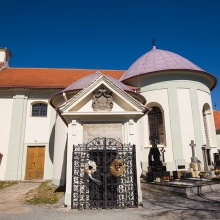 Napoleon and Peacocks of Slavkov

In the town of Slavkov by Brno there are a lot of legends on Napoleon, some of them have quite interesting backgrounds. As we have already mentioned, after the Battle was over, Napoleon came to the Slavkov Castle – residence of the Kaunitz Family. It is said that once when he went out for a walk to the surroundings, he caught sight of a flock of peacocks – a curiosity of Slavkov they had in curia domini. A small boy-herd used to graze them every day on the fields between the Castle and a game-park. As soon as Napoleon observed them he gave the boy a sign to drive them close. And the boy did so. The beautiful birds were proudly walking on the path. What a wonderful show! Napoleon is completely startled. And then, the small boy tore out two pieces of feathers and handed them over to Napoleon. “Thank you,“ said Napoleon delightfully and rewarded the boy with a coin. It is believed, however that peacock feathers cause bad luck. Could the boy be blamed for anything like that?

Apart from the Castle, the Kaunitz (Kounic) Family were responsible for more masterpieces of architecture in other parts of Slavkov. They had a Town Hall and some burgher houses built on the local square. This ancient Moravian dynasty of earls and counts includes a number of family members who achieved important Europe-wide positions. It was, e.g. Dominik Ondřej Kaunitz - an outstanding diplomat - who was appointed imperial Vice-Chancellor of the Holy Roman Empire of the German nation. The Family was also related to Austrian Count Metternich. Klemens Metternich started his career as an envoy at the Saxon Court. Due to his diplomatic career he travelled all over Europe. The top of his promotion was the post of Austrian Minister for Foreign Affairs and later also the State Chancellor, in fact the Prime Minister of the imperial government. Thanks to his diplomatic flair Austria has re-gained a powerful position among great empires. Most statesmen, however did not like him too much. Napoleon, for example, commented on him as follows: “Everybody tells lies from time to time but it is too much to tell nothing else but lies.“ Metternich not only loved politics he also adored women. In spite of the fact he was an immigrant from Rhineland, due to his marriage with rich Eleonora Kaunitz, the granddaughter of the prominent 18th century diplomat and famous State Chancellor of the Queen Maria Theresa Václav Antonín Kaunitz, he managed to join the Vienna Court top society. Thanks to the Kaunitz Family, his incredible career of a politician could have started. It was Metternich´s credit of sealing a new alliance with France – namely by marriage between Archduchess Maria Louisa and Napoleon - after Austria was defeated in another battle in 1809. Several years later it was him again who created a coalition against Napoleon and initiated the Congress of Vienna in autumn 1814, that settled peace in Europe for several decades.

Kostelík sv. Jana Křtitele (the Chapel of St. John the Baptist) is the place of eternal rest of the Kaunitz Family and it is situated in the outskitrs of Slavkov called “Špitálka.“ There is the Family Sepulchre below the southern part of the Chapel, containing among others also the bodily remains of Count Václav Antonín of Kaunitz.

After historical sightseeing of Slavkov you can continue your tour to those places where the French guards had their patrol stations before the Battle. Due to an excellent view from the hill that is situated northwards of the town, soldiers were perfectly able to watch their enemies´ preparations. There is the Chapel of St. Urban on the top of the hill. Its slopes were covered with vine-yards up to 19th century. It is not surprising then that the cross-shaped chapel has been dedicated to St. Urban, the patron of all wine-growers and gardeners. It was from this place where a cannon shot announced the Allies march from Olomouc towards Brno. Soldiers utilized the Chapel also for less noble reasons and this fact, of course, must have been reflected on its damaged state and as a result it was inevitable to pull it down. However, in the years 1858-1861 a new chapel was erected on the same place.

Sports enthusiasts will certainly appreciate a golf course in the Chateau surroundings with an excellent view upon it. Summer months may be attractive for outdoor swimming-pool activities – there is a 50-metre swimming-pool for swimmers and a small one available for children. Among other sports facilities, you will find beach volley-ball courts, basket-ball and foot-tennis (fut net) playgrounds. Car fans have good opportunities to participate in uphill rally “Slavkovské serpentíny“ (Curvy Roads of Slavkov) or the Festival of Oldtimers with participation of a number of oldtimer fans from all over the Czech Republic and Central Europe.